Ranch on the Rock to go solar 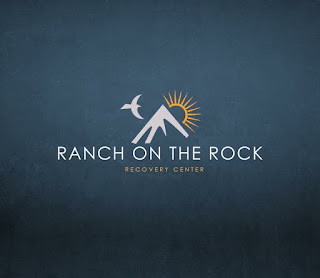 God is good, actually he is amazing and never lets us down.  I am proud to announce that we are now officially working with a Solar Energy Company that will be training EX-OFFENDERS and giving the a new start.  We are getting a $50,000 dollar solar set up for the farm and the facility.  The Vice President of the company will be coming down from Phoenix to attend our ribbon cutting ceremony tomorrow.  We are not stopping there, we are working with some other major companies to make Sierra Blanca the first city in the United States to be of the grid.  The best part of it is that this will help us provide food for El Paso Fighting Hunger.  We will share more amazing news with you as it becomes available. 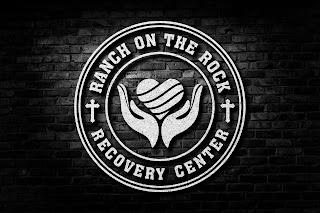 Residential and Commercial Solar energy company, ErusEnergy, with regional offices in El Paso, to provide 50kW of onsite renewable energy for Ranch on the Rock’s 4-acre organic recovery farm and hotel in Sierra Blanca Texas. The project will showcase Ranch on the Rock’s commitment to sustainability while providing its recovering, formerly incarcerated men and recovering addicts, an opportunity to be trained on maintenance and operation skills at a functioning solar plant. The installation will offset roughly 90% of the operations yearly utility cost which will divert much needed capital to other initiatives at the Ranch.

“Providing a non-profit like Ranch on the Rock with an opportunity to reduce their operating costs via solar energy and provide a training opportunity for their program is an investment in the community that we simply feel great about” said James Holmes, Erus Energy’s Vice President, Commercial. Mr. Holmes added “Solar energy is more than just about reducing utility expenses, it’s a vehicle for social impact and we’re excited to use this project as a platform to raise awareness of the many long-term benefits installations like this create in communities throughout the nation”
Founded in 2005, Erus Energy is a leading national developer and installer of residential and commercial solar energy systems. With operations in 6 states: Arizona, New Mexico, Texas, Florida, South Carolina and North Carolina, Erus has successfully served over 8,500 customers. With plans to expand its operations in 2018 to California and Louisiana, Erus continues to grow and deliver its world-class service to customers across the country.

The Ranch on the Rock Initiative is a comprehensive solution that will provide holistic support to give emerging adult men the opportunity to achieve economic independence. Within the 4-acre farm, participants will experience a living learning lab as they work together to run a small business enterprise, gain key life skills, and build personal resilience. The organic ranch will function as a social enterprise that employs formerly-incarcerated men and recovering addicts. Ranch on the Rock aims to break the cycle of re-offending and challenge perceptions about ex-offenders, achieving real and long-term benefits for society.  One social intervention for this systemic problem is coming from innovative farms. 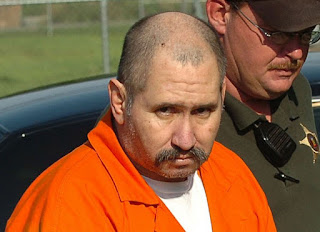 Jose Manuel Martinez, 53, the self-described drug cartel hit man and debt enforcer, was sentenced Monday to nine consecutive terms of life in prison without the possibility of parole for slaying nine people in California between 1980 and 2011.

Known in southern Tulare County as El Mano Negra, or The Black Hand, he may be responsible for more than 30 murders nationwide.

He is expected to be extradited to Florida, where he is accused of a double murder and could face the death penalty.

Martinez also received a life sentence for an attempted murder.
Before the judge announced the sentence, family members of some of the victims tearfully addressed the judge. Martinez showed no obvious emotion.

Asenneth Moreno, 18, said she was 9 when her father, Juan Bautista Moreno, 52, of Bakersfield, did not come home. His truck was abandoned and he was found shot to death in an orchard.
“Our family lost its income,” she told the judge. Neighbors brought groceries to her, her mother and four siblings, but they couldn’t afford to pay the electricity bill and the power was cut off.

Moreno said after Martinez was taken away that her mother started cleaning houses to support the family.

As a girl, she missed her father’s presence, she said.

I WANTED TO CLEAR MY DAD’S NAME.

“I wrote letters to him for two years,” she said. “I still have them.”
Martinez’s image as a drug cartel enforcer made it seem as if her father, who had started his own produce sales company, was involved in drugs, she said.
“I wanted to clear my dad’s name,” she said.

Martinez, who lived in Richgrove, had gone to Alabama to kill a man who made the mistake of speaking ill of his daughter. He got away before Alabama authorities could arrest him but was nabbed at the border crossing in Yuma, Ariz., coming back from Mexico.
While in jail in Alabama, a detective from the Tulare County Sheriff’s Department, who he asked to speak to, went to Alabama and got his confessions to the nine California homicides, including one in Tulare County in 1980 in which there were no suspects. He confessed with details only the killer would know.

He also confessed to homicides in other states, according to news accounts. Based on statements to investigators, he may have committed as many as 34 slayings in 12 states.

Martinez claimed to be a debt collector for a drug cartel that he wouldn’t identify, but the story could not be confirmed, according to local authorities.

But news accounts said he admitted to killing two people in Florida and told Florida authorities he collected debts and kept 25% of what was owed to the cartel.

We caught up with Jesus Campa a former Police Chief in Texas who at one time was said to be La Mano Negra by a far right wing blog site that went on the record in a reckless manner to disparage the Chief.

How does it feel to have this finally of your back Campa?  Jesus Campa stated “First of all if your stupid enough to think that I was the Mano Negra then you are really stupid.  Secondly If I was the Mano Negra given the reputation of this man it would be safe to safely assume that the writer and those that spread that rumor would have not been able to say it as they would more than likely be dead.”

Of the nine murders in California, five were for financial gain, prosecutor David Alavezos said.
The Tulare County District Attorney’s Office could have prosecuted the murders as death penalty cases, but Martinez told his lawyers he wanted to plead guilty, and families of victims said they would accept life in prison without parole.