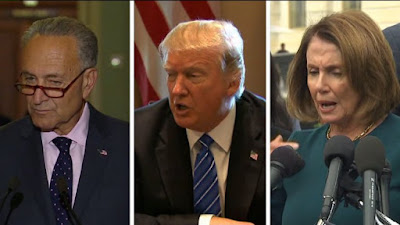 Washington (CNN)Democratic leaders Sen. ChuckSchumer and Rep. Nancy Pelosi said following a Wednesday night meeting with President Donald Trump that they have "agreed" to a fix on DACA and resolved to iron out a border-security plan -- "excluding" the US-Mexico border wall that was one of Trump's most memorable campaign promises.

In a statement following their White House dinner, Schumer and Pelosi said the parties had "agreed to enshrine the protections of DACA into law quickly, and to work out a package of border security, excluding the wall, that's acceptable to both sides." The bipartisan DREAM Act would be part of the arrangement, a person briefed on the meeting said.

A deal, if it holds, would be the second major agreement between Trump, Schumer and Pelosi this month, following their pact last week to raise the debt ceiling and extent government funding into December that left the GOP and some of Trump's closest allies flabbergasted. Congressional Republican leaders were absent from Wednesday's dinner, which featured Chinese food and chocolate pie for dessert, sources said, and it is unclear how they will respond to the tentative deal or proceed with legislation. 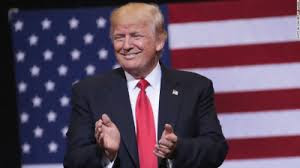 Trump may also face fire from the right and his base for making a deal so quickly on DACA that doesn't include the border wall, his signature issue during the campaign.

White House press secretary Sarah Sanders immediately pushed back on the idea the wall would be dropped.

"While DACA and border security were both discussed, excluding the wall was certainly not agreed to," Sanders said.

White House Legislative Affairs Director Marc Short confirmed that the President and Democrats agreed to work to find a legislative fix for DACA, but he called Democrats' claim of a deal that would exclude wall funding "intentionally misleading."

Schumer's communications director Matt House retweeted Sanders' statement, then added that Trump had indeed agreed to leaving the border wall out of the equation -- at least for this round.

"The President made clear he would continue pushing the wall, just not as part of this agreement," House tweeted.

The Deferred Action for Childhood Arrivals program had protected individuals who were brought to the United States illegally as children from deportation. The Trump administration announced last week it would give Congress six months to pass legislation preserving those provisions before the program was terminated.

Making a deal that finds a way to keep the individuals who benefit under DACA in the United States shows the challenge of striking bipartisan deals in Washington. 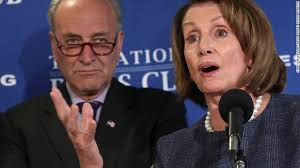 Now the question facing Trump is whether he can withstand the uncomfortable heat from his right flank.

"This is a positive step toward the President's strong commitment to bipartisan solutions for the issues most important to all Americans," the statement said. "The administration looks forward to continuing these conversations with leadership on both sides of the aisle."