A social media post showing a man in uniform with the lights flashing on his car in what appeared to be a traffic stop created hysteria in North Mississippi, but it turned out the worry of a rouge "fake cop" was unjustified.

FOX13 was alerted by a viewer who said they witnessed several instances where people were being pulled over along I-55 in Senatobia and Coldwater.

A picture was then posted on Facebook of the alleged impersonator.
The image shows a white SUV, similar to one an officer would be driving, but it has flashing purple lights instead of blue. The reported “fake cop” is wearing a law enforcement uniform.

The Facebook post was made Tuesday evening and already has more than 4,200 shares. It reads:
This is the second time I have seen this white SUV have someone pulled over between Coldwater and Senatobia on I-55.

I’m sorry but if this person ever tries to pull me over, I'm not stopping.. I'm not taking purple flashing lights "seriously"

Tate County has investigated the photo and Sheriff Brad Lance told us there is no indication the security officer in the picture did anything wrong. 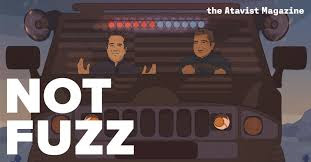 The man was pulled over at Highway 305 and Highway 306 by Tate County deputies. The driver of the SUV told police that he was not pulling anyone over and just simply stopped to assist.
Officials said the owner of the small passenger car came forward and asserted the individual in the white SUV did not pull his car over. He claimed his daughter had run out of gas and the man in the SUV pulled up behind her and turned on his lights to, "keep traffic off of her."

He stayed with them until they were able to get gas in the car and continue about their day.
FOX13 found out the man in question works as a contracted security guard with the Department of Homeland Security. They had no comment on the matter.

The Tate County Sheriff's Office posted the below comment on their Facebook page:
The owner of the small passenger car in this photo just left my office. He came forward to let me know that the individual in the white suv DID NOT pull the car over. The owner stated his daughter had run out of gas and the suv pulled in behind her and turned on his lights to keep traffic off of her. The father stated when he got there with gas for his daughter the man told him the same story and never stated he was police of any kind. The father was told by the individual that he was a contract security guard for Homeland Security. The father stated the man stayed with them until they got the car going and then kept his lights on until they could merge into the interstate. Additionally, the owner of the car stated the individual did not have any flashing blue lights.

As FOX13 discovered, the "fake cop" as some people called him may not be in the clear yet.
Panola County Sheriff Dennis Darby told FOX13 he is still investigating a possible traffic stop by an impostor in his county and wants anyone with information to come forward.
Rosemary Bradford travels the road daily, and the post frazzled her.

"You don't know whether to keep going or whether or not that's legit, and then you realize that this is a fake cop," Bradford said.
at 4:54 PM