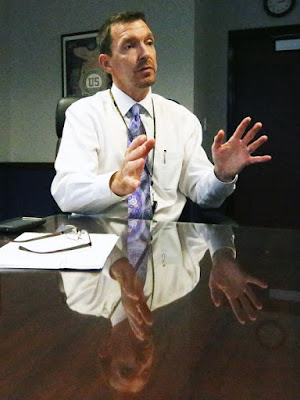 Mexican drug cartels continue to expand into heroin and methamphetamine trafficking as they turn away from marijuana said the departing leader of the U.S. Drug Enforcement Administration in El Paso.

Will R. Glaspy, who for more than three years has been the special agent in charge of the DEA's El Paso Division, is being promoted to lead the Houston Division.

"Every day we try to answer the prayers of those parents who are praying that drugs, violence, and crime will pass over their children," Glaspy said in an interview last week while preparing to leave El Paso.

He is scheduled to start work Sept. 18 in Houston, where the DEA also is dealing with helping staff affected by devastating flooding from Hurricane Harvey and the tropical storm it became.
Glaspy said the fight against drug trafficking is an evolving battle with changing drug trends, adding that cities and towns face a variety of challenges.

The El Paso Division covers West Texas and all of New Mexico. It also has a district office in Albuquerque and smaller resident offices in Las Cruces, Midland, and Alpine, Texas.

During his time in El Paso, Glaspy said that his agents handled cases such as the arrests of Sinaloa-cartel affiliated drug traffickers in El Paso, Albuquerque meth traffickers and "Operation Crystal Mountain," which targeted meth dealers on the Mescalero Apache Reservation.

The No. 1 priority in the El Paso region is fighting Mexican drug cartels, with the No. 2 priority being "community impact cases" that target local drug-dealing groups, Glaspy said.
DEA agents deal more with border drug-trafficking issues in El Paso, Las Cruces and Alpine, which covers the vast Big Bend area.

"Basically, what we are trying to do is target command-and-control of the Mexican organizations sending the drugs up here," Glaspy said.

In Albuquerque, the DEA deals more with gangs and drug dealers and a large opioid addiction problem, he said. Midland also deals with gangs involved in drug distribution.
"We have a lot of drugs that are being imported into the Permian Basin to supply the oil fields," Glaspy said. 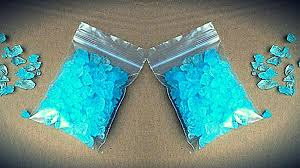 The growing drug trend in the El Paso region has been the shift by Mexican cartels toward heroin and methamphetamine trafficking, Glaspy said.

"Some of the other (border drug smuggling) corridors, marijuana tapered off a few years ago," Glaspy said. "Now, we are starting to see a decline in marijuana being smuggled in, but to that regard, we are seeing more heroin and more methamphetamine."

The opioid-heroin problem is not seen as much in El Paso as in Albuquerque and Northern New Mexico, Glaspy said.

Glaspy said that the DEA in El Paso has not seen much fentanyl, a synthetic opiate much more powerful than heroin that troubles law enforcement because it is potentially lethal if inhaled or ingested.

According to a DEA report, Mexican heroin poppy cultivation increased 62 percent between 2013 and 2014 in the “Golden Triangle” formed by the states of Chihuahua, Durango and Sinaloa and in the state of Guerrero in the southwestern Pacific coast region.

The number of heroin users nearly tripled from 161,000 in 2007 to 435,000 in 2014, according to the Substance Abuse and Mental Health Services Administration annual National Survey on Drug Use and Health. 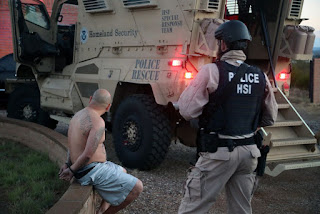 "We've got a national crisis right now. If it wasn’t for that national crisis with opioids, we would be talking about the methamphetamine problem we have in the United States."

El Paso County sheriff's narcotics investigators also have reported seeing an increase in Mexican-made meth. The price of a kilo of meth was about $9,000 in 2016, compared with $26,000 to $28,000 about two or three years earlier, sheriff's investigators said last year.

A new drug cartel has started to emerge in the El Paso-Juárez region, which is still dominated by the Juárez and Sinaloa cartels.

DEA investigations have found drug cells in the region with ties to the Cartel de Jalisco Nueva Generacion, or CJNG, Glaspy said.

The Jalisco-based New Generation Cartel is an offshoot of the Sinaloa drug cartel. 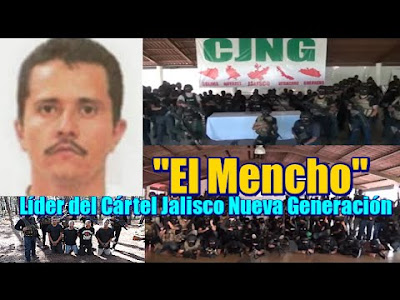 Caps with a Nueva Generacion logo were found along with tactical gear, ammunition and assault rifles at a home in Juárez on Feb. 12. (Photo: Courtesy Chihuahua attorney general’s office)
"They are making inroads into the state of Chihuahua. We have seen that from several of our ongoing investigations," Glaspy said. "They are establishing a presence here that a couple of years ago they didn't have."

"Fortunately, the war between the Sinaloa cartel and the Juárez cartel has diminished, although we have seen an uptick in violence across the river in the last year," Glaspy said.

"We are still dealing with the Sinaloa cartel and remnants of the Juárez cartel — some people refer to it as La Linea now and they have kind of gotten away from calling it the Juárez cartel or the Carrillo Fuentes cartel. But they are still a very viable criminal organization, whatever name you want to call them."

Glaspy credited cooperation between federal, state and local law enforcement for helping keep the rampant drug-violence in Mexico out of U.S. border cities. 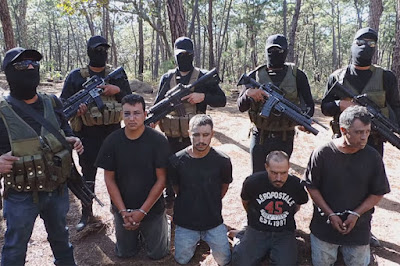 Glaspy spent 27 of his 30 years with the DEA on the border. He used to be in charge of the DEA's field office in McAllen in Texas' Lower Rio Grande Valley.

"In our border communities, we don’t typically have the drug problems the rest of the country has," Glaspy said.

In the past few years, heroin overdoses have increased in the El Paso area, "but it pales in comparison to what they are seeing in Ohio and West Virginia," Glaspy said.

Drug abuse levels tend to be lower in border cities, which are typically transshipment points for drugs heading to the Midwest, East Coast and other cities up north, he said. 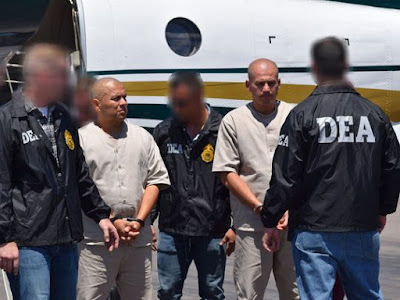 "We are smart enough not to use the drugs, but we are dumb enough to get involved in the smuggling and transportation of drugs.”

"This has been a tremendous assignment for me. I enjoyed West Texas. Being from the Dallas area, Texas is home," Glaspy said.

The DEA Houston Division that Glaspy will lead covers the southern half of Texas, including Austin, San Antonio and the border from Del Rio to Brownsville.

It is still too early to know how the massive flooding might impact drug trafficking in Houston, but the fight will continue, said retired Chief Jesus "Eddie" Campa. 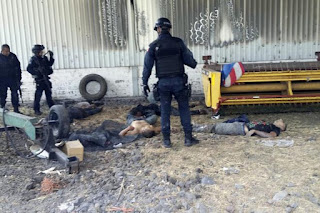 "I can tell you that it didn’t affect some of the dirt bags who were trying to sell drugs at the shelters and evacuation centers," Glaspy said.

"We actually did some enforcement operations in conjunction with our law enforcement partners and ended up arresting some people selling drugs at some of the shelters. That’s about as low as you can go right there."