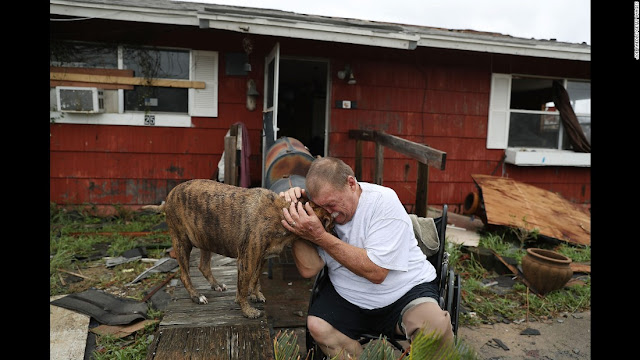 Texas hurricane rescues show how quickly our divisions wash away

More than 66,000 homes were without electricity. The U.S. Coast Guard dispatched five helicopters and Houston is expecting about 40 additional boats to find those in need of help in the wake of Harvey. (Aug. 27, 2017) (Sign up for our free video newsletter here

Tragedies like the one unfolding in Texas, as rain continues to fall and flood waters rise, have a way of peeling layers off people until only their humanity remains.
Just the bare essence. The good stuff.

Stripped away are the things that bog us down so much, things like faith or skin color, sexuality or political beliefs. 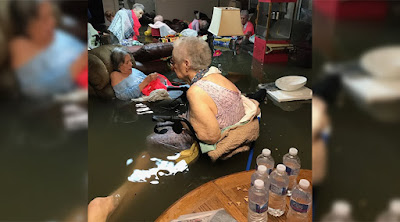 A few days before Hurricane Harvey began unleashing its fury on the coast of Texas, Sen. Tammy Duckworth, an Army combat veteran who lost both her legs in Iraq, released a statement reacting to a proposed ban on transgender men and women serving in the military:

Independent financial advisors have the freedom to choose from a range of investment options.

"When I was bleeding to death in my Black Hawk helicopter after I was shot down, I didn't care if the American troops risking their lives to help save me were gay, straight, transgender, black, white or brown. All that mattered was they didn't leave me behind."
When it comes to life or death, biases and bitterness tend to wash off rather swiftly. So it has been in Houston and Rockport and Dickinson and other Texas cities and towns.
You don't see videos of people squabbling. You see regular people becoming heroes and stranded people accepting help with tears and elation. 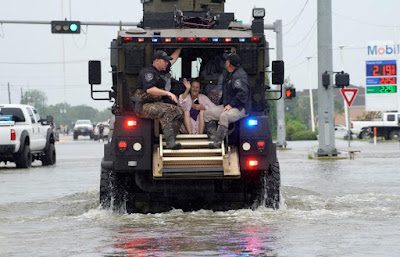 A story by Matt Pearce of the Los Angeles Times described it this way: "Across Texas, there were reports of citizens mobilizing with boats and boots to help pull people from the rising waters. Social media lit up with a video posted by a reporter for KARK News, in which a man from Texas City, near Galveston, was preparing to deploy his small boat. 'I'm going to go try to save some lives,' he said."

That man is black. I don't imagine that made a lick of difference to the people he went on to help.

The same Los Angeles Times report described a young man, Daniel Gross, who was out with his father in a kayak rescuing people in their Houston neighborhood. Gross is "a sports columnist at his Jewish private school's newspaper."

I don't think the 15-year-old's faith made any difference to anyone as he and his father made life-saving runs through the neighborhood.

In the city of Dickinson, a CNN crew came upon an elderly couple and their daughter trapped in their home with the water rising. They helped rescue all three, none of whom seemed concerned about "fake news" or media bias. They were all just safe, in a boat, sharing a bond that will not be forgotten. 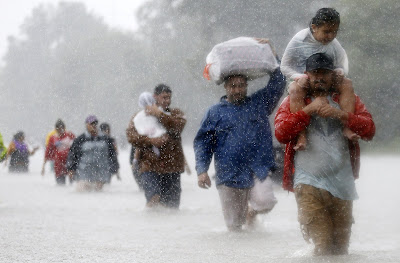 Go on Twitter and search "Houston hero" and you'll find an array of images and videos of different people, some hoisting dogs to safety, some guiding boats along flooded streets or carrying children from submerged homes.

There's a singularity about these folks: They're good people doing good things. And there isn't anything else about them, or about the people, they're rescuing, that matters.

Harvey made landfall Aug. 25, 2017, near Corpus Christi, Texas, as a Category 4 hurricane, bringing 130 mph sustained winds and driving rains and left devastating floods in its wake.

The Washington Post's website featured a video of a man named Howard Harris in Cypress, Texas. He has an aluminum boat and has been cruising the neighborhood picking people up and taking them to higher ground.
We don't know much of anything about Harris, other than that he owns a boat and has a heart. He could be a staunch conservative or a wacky liberal, in favor of a border wall or against one.

Who knows? And when record-setting rains are falling and people's lives are at risk, who cares?

He is a human being with a boat. And in that moment, in that situation, the many issues dividing this country reveal themselves for what they are: divisive only up until we need someone or someone needs us.

Another gripping part of the Los Angeles Times story was this:
"At the water's edge, a Houston Police Department high-water rescue boat hauled out a trio of men in their underwear: Alex Domingues, 41, Mitchell Calderon, 19, and Emanuel Calderon, 20, all of them grinning. They had stripped down to their skivvies to swim to the rescue of an elderly man and woman, who by now were also in the boat.
"'We saw the lady in her walker trying to walk on the other side of the water,' Emanuel Calderon said. 'We took off our clothes — less weight.' 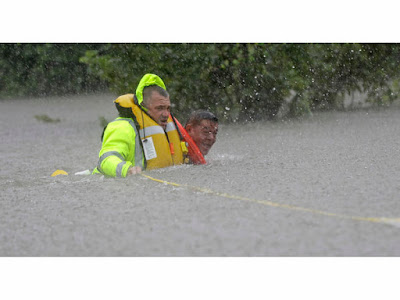 "The man they helped rescue was Frank Andrews, 74, who has difficulty walking after four back operations in recent years."

Do you think Mr. Andrews flinched when three men in their underwear came to save him? Do you think he cared about their ethnicity, or their politics, or which news source they rely on most?

It shouldn't take a tragedy to remind us how capable we are of cooperation and caring. It shouldn't take a storm to wash away our grievances and get us to grasp hands.
This, from Duckworth's statement, bears repeating: "I didn't care if the American troops risking their lives to help save me were gay, straight, transgender, black, white or brown. All that mattered was they didn't leave me behind."
Similar feelings have been on display in Texas.

Because that's who we are when all those layers get peeled away.