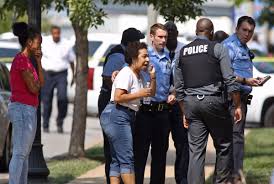 Chief Jesus "Eddie" Campa has offered his condolences to everyone involved.  He asked that everyone keep those officers and the young lady in their prayers.


ST. LOUIS • Two St. Louis police officers were shot around 2 p.m. Friday near 14th Street and Cass Avenue. The officers, a man, and a woman were in stable condition at Barnes-Jewish Hospital, officials said.

The officers, members of the gang squad, were in the area and went to interview someone, said acting Police, Chief Lawrence O'Toole. He said the person fired on the officers with a "small" assault-style rifle.

Police are searching for two suspects, O'Toole said.
Police also cordoned off the 1400 block of North Ninth Street, where a bleeding woman was taken out of a townhome and into an ambulance. Police said the two crime scenes are linked.

Mia Caddell said her daughter, Tamara Collier, 24, was shot in the neck as she did laundry inside the mother's house. The bullet entered through the home's back door. Collier's 1-year-old daughter was there but was uninjured, according to Caddell, 52. Collier also has a 5-year-old son who was not in the home at the time. 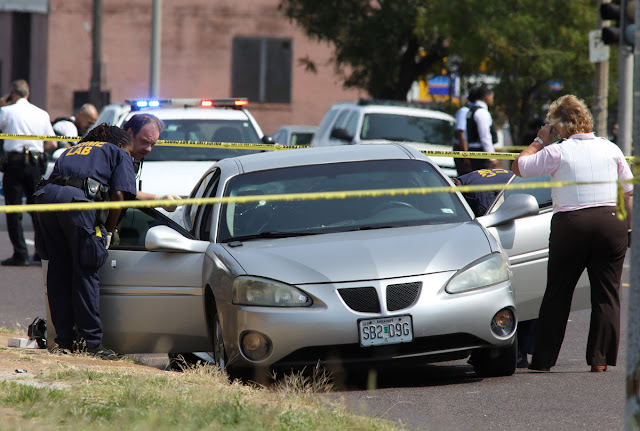 Collier is a graduate of Vashon High School who is scheduled to start a new job Tuesday as a certified nursing assistant at a veterans' nursing home, according to her mother.

Caddell was at the store when she saw police in the neighborhood where she has lived for 20 years. She came home to find her baby granddaughter covered in blood, and her daughter lying in a pool of blood near the back door.

She could hear her daughter moaning. Collier was taken to St. Louis University Hospital, where doctors are conducting an MRI, Caddell said. Hospital officials said they could not give any information.

"The bastard that did this, I want them caught. I want justice because she was in the house, she had nothing to do with what was going on," Caddell said.

It is common to hear shots fired in the neighborhood, but "still I never had the idea that a stray bullet would come through my house," she said.

A police supervisor on the scene confirmed that a woman was inside the townhome when she was struck by a bullet that came through the door.

Numerous police officers blocked off the parking lot behind the home. There were several shell casing markers in the parking lot and neighbors said they heard shots coming from that area.

The injured officers were identified as a man, 35, with about nine years on the job and a woman, 32, with 10 years experience, said O'Toole as he met with reporters briefly outside Barnes-Jewish Hospital. The officers were shot in the legs, the hands and had shrapnel injuries to the face, O'Toole said.

"These officers did a wonderful job, I'm proud of them. They are heroes," he said.
Mayor Lyda Krewson joined O'Toole at the press conference. 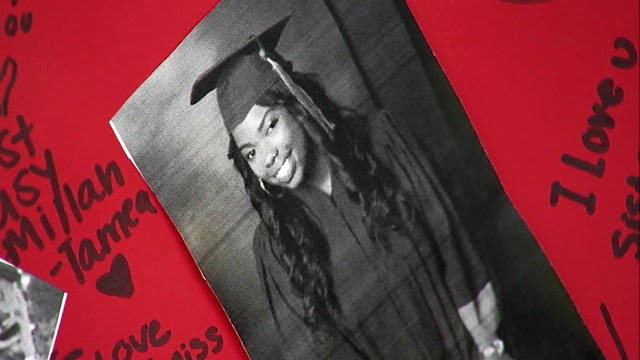 "It's a dangerous job they are doing for us every day and their actions are courageous," Krewson said. "Their families are gathering and we just hope for the best for them."
As part of the investigation, officers searched a gray Pontiac near the shooting scene at 14th Street and Cass Avenue, and then it was towed away.

A spokesman for St. Louis Public Schools said several schools were on "soft" lock down and will have no outdoor activities and no visitors. Those schools were Vashon High School, Dunbar, Gateway and Jefferson elementary schools, Innovative Concept Academy alternative school and Gateway and Carr Lane middle schools.
at 4:54 PM