A Hero has fallen, but will never be forgotten 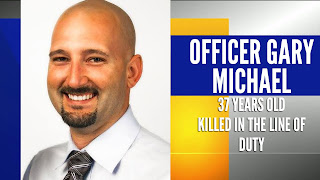 The manhunt for Ian McCarthy, who police say fatally shot a rookie police officer at a Missouri traffic stop is over, police announced Tuesday night.

"Ian McCarthy, the suspect in the shooting death of a Clinton Police Officer is in custody," the Missouri State Highway Patrol tweeted. 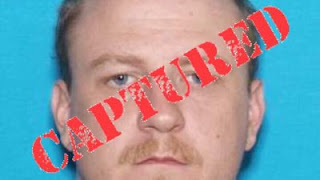 The Coward was Captured

The officer, Gary Michael, who was with the force less than a year, pulled over a suspicious vehicle around 10:45 p.m. on Sunday, according to Missouri State Highway Patrol Sgt. Bill Lowe.
When Michael exited his vehicle to initiate contact with the driver, he was shot, Lowe said, adding that the officer fired back but it’s unknown at this time whether the driver was struck.

Investigators told ABC News Monday that Michael initially pulled over the driver because the vehicle's headlights were off, and once Michael ran the plates, he discovered the vehicle's plates were also expired. 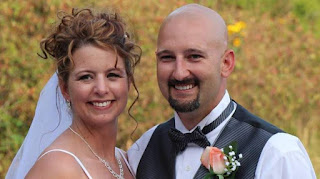 Our prayers will be with you always

The highway patrol identified and released a photo of McCarthy, 39, shortly afterward.
Police said that after shooting Michael, the driver fled in the car, then crashed a few blocks away. From the site of the crash, the driver fled on foot, Lowe said.