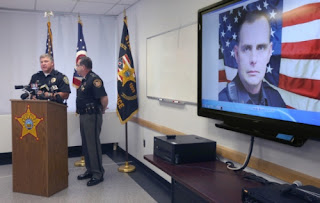 A man with a history of confrontations with police shot an officer four times while he was responding to a domestic violence call before another officer returned fire and killed him, investigators said.
The veteran Uniontown officer who was injured, Sgt. David White, underwent surgery and was in stable condition Monday, but he faces more procedures and a long road ahead, police said. 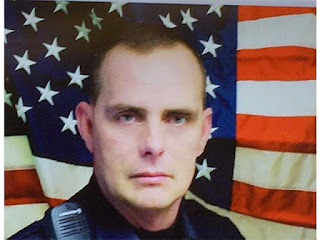 The shooting happened Sunday night after Ryan Probst's sister called 911 to report a domestic disturbance at a home in Uniontown, about 10 miles (16 kilometers) southeast of Akron.
Probst was alone in the house when officers arrived and began shooting, hitting White four times, Stark County Sheriff George Maier said. Probst was killed when another officer returned fire, he said. It all happened very quickly, he said.

A neighbor, Ron McMorrow, said the 28-year-old Probst was raised by his grandparents and alternated living at his grandparents' home and with his wife and their 3-year-old daughter in a house across the street. 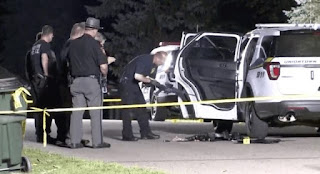 "I hate to see something like that happen. Now she's going to be without a husband, the kid isn't going to have a father," McMorrow said. "It's terrible."


Police Chief Harold Britt said White has spent 25 years in law enforcement and started working with the department in 2002.
at 10:49 AM