Marshall PD says "We coming for you!!!"

Chief Jesus "Eddie" Campa is asking for the ArkLaTex Area help them bring these two felons to justice.

Orlando police officer shot and killed, and deputy dies in crash during manhunt for suspect

Two Orlando-area law enforcement officers were killed this morning, one shot by a murder suspect who managed to get away and a second killed in a crash while officers and deputies scrambled to find him.

The first victim was an Orlando police officer, Master Sgt. Debra Clayton, who was shot and killed on Princeton Street as she tried to detain the suspect.
Orlando Police Chief John Mina called Clayton, a mother of two, a hero.
Killed a short time later was an Orange County motorcycle deputy who was part of the effort to capture the suspect, said Sheriff Jerry Demings.

“We’re sad on this day for many reasons," Demings said at a morning news conference at Orlando Regional Medical Center. Both officers were taken there and pronounced dead there. 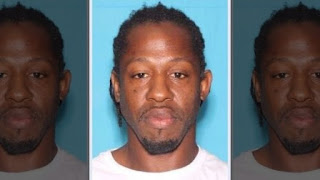 Demings did not release the name of the deputy, saying the agency was still trying to notify relatives.

Both agencies identified the shooter as Markeith Loyd, 43, a man who officers and deputies with the Orange County Sheriff's Office tried to corner and arrest earlier today.

When Clayton did, she was shot, Mina said.
The Sheriff's Office reported that Loyd had shot at a Sheriff's Office captain in an unmarked SUV and missed this morning.  Both agencies described Loyd as armed and dangerous, and Demings asked that anyone with information about his whereabouts to contact law enforcement immediately.

Deputies had been on the lookout for Lloyd for weeks because of a murder warrant: He's accused of murdering his pregnant 24-year-old girlfriend, Sade Dixon, in December.

The Sheriff's Office reported that when he saw the deputy this morning near North Lane and Pine Hills Drive, he opened fire. That gunfire hit the deputy's SUV twice but not the deputy.

Loyd then carjacked a vehicle and fled, the Sheriff’s Office reported. He then abandoned that vehicle near Rosemont and Cinderlane Parkway, a location where officers and deputies concentrated their search.

Dozens of officers were seen heading that way.

Loyd is accused of killing Dixon on Dec. 13 and wounding her 26-year-old brother, Ronald Steward. They were shot at a home on Long Peak Drive.
Loyd had gone to their home, banged on the door, and when Dixon answered, he shot her, the Sheriff’s Office reported. Loyd then shot her brother, who was critically injured.

Five other people were at the home at the time, including Dixon’s 5- and 7-year-old children. 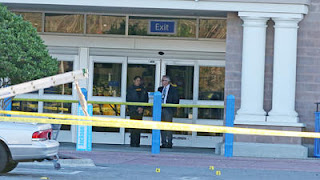 Hill posted on Facebook, "Oh God!!!! Please pray for my OPD Liaison, she's been shot down in Pinehills."

This morning deputies were called to the scene, not far from a Walmart, just after 7:15 a.m. after getting word that an "officer needs help."The officer in trouble: Clayton.

Governor Rick Scott had been scheduled to attend a jobs event this morning with KPMG in Orlando but because of the shooting, dropped that event, according to press aide Jackie Schutz.

Getting to know the MPD. Behind the scenes with Det. King

Det. King truly is a fine example of what our Motto "Putting our Community First" is all about.

A new series from No Colors No Labels is coming

If your tired of the violence, the drugs, the poverty, the unemployment, abuse, murders, rapes, broken windows then you will want to be part of MAC...  What is MAC? Stay tuned you will soon find out.