Marshall police have released a more detailed description of a pickup truck believed to have been involved in a hit and run Monday evening that left one man with life-threatening injuries.
Officers were called to the 1500 block of East Houston Street at 6:48 p.m. in response to reports of a vehicle hitting a pedestrian and leaving the scene of the crash.
When they arrived, first responders found an older man lying in the roadway at the intersection of East Houston St. and Hazelwood St.

Witnesses say they heard the crash that left a man lying in the roadway Monday evening at East Houston St. and Hazelwood St. in Marshall, TX before they saw a pickup truck leaving the scene. (Source: Marshall Police Department) 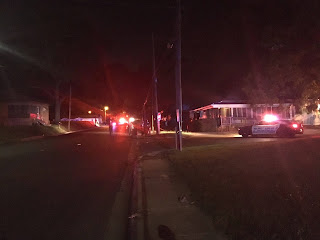 Marshall police have released this photo of a truck that is believed to be a similar make and model as the one reportedly seen leaving the scene of a hit and run on Monday evening. (Source: Marshall Police Department) 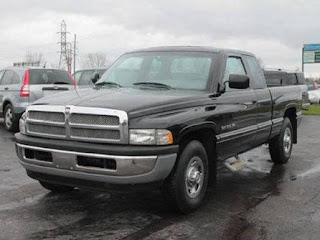 The man, whose name has not yet been released, was taken to Good Shepherd Medical Center in Marshall with what are described as life-threatening injuries. As of Tuesday morning, he was listed in critical condition.
Initial reports suggested that a black Dodge, 2-door pickup truck, believed to be a single cab with a short wheel base and aftermarket pipes and rims struck the man before fleeing the scene. Later reports suggested the pickup truck may be a Dodge dully with a grill guard on the front.
“This type of behavior will not be tolerated in the City of Marshall," said Chief Jesus “Eddie” Campa in a statement released Monday night.
On Tuesday, Chief Campa released an additional statement urging anyone who has any information about the incident to notify police as soon as possible.
"Keeping our community safe is our highest priority,” Campa said.
Anyone with information about the crime or identity of the driver of the truck is urged to call the Marshall Police Department at 903-935-4575 or the Marshall-Harrison County Crime Stoppers at 903-935-9969.
at 4:37 PM