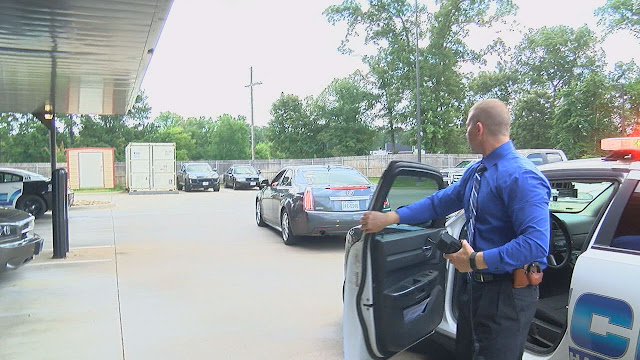 Marshall, Texas: (KLTV)- Special machines are helping an East Texas police department communicate with those who speak other languages.

Campa says being able to communicate clearly during traffic stops is essential in any language.

"You're telling them to stop or whatever, they make some kind of movement, you mistake it, you use force, or unfortunately deadly force, so you've taken an incident that could've really easily de-escalated and taken it to a whole different level," says Campa.

Campa, who's from West Texas, says he knows how difficult and stressful it could be for those who can't communicate in those situations.

"When I moved to East Texas, there were some phrases and sayings and talking that I was just like, 'what?' Which I didn't understand. It made me feel uncomfortable. I didn't know what you were saying to me. So imagine just totally not understanding the language completely," says Campa.

"I would be really nervous if I couldn't speak the language because, I would have no idea why this officer just stopped me. I have no idea what I did, and I don't speak English. So I don't understand what the sign said, but at least now he was able to tell me that he stopped me for speeding, by using the translator," says Campa.

The translators have hundreds of pre-set commands in many languages that officers use every day.

"Say I'm issuing a citation for expired tags, hit that," says Mills.
The device then says the above phrase in the selected language.

The other device has a headset that you can speak through. While it's not the quickest device, Campa says it's better than the alternative.

"Just totally not understanding anything and just looking at somebody like a deer in the headlights could escalate a situation that has no reason to be escalated," says Campa.
If special programs are downloaded, the translators can also translate from a selected language to English. Chief Campa says they will have extensive training with the translators and plan to have them out on their shifts by the end of September.
Copyright 2016 KLTV. All rights reserved.
at 8:49 PM