Asking Questions So a Community Thinks About Race 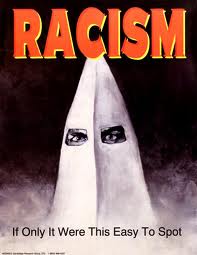 This article was originally published in the Marshall News Messenger several years back.  I thought this would be a good time to post it seeing how the current No Colors No Labels Initiative is playing out in Marshall, Texas.  The question is why is there still a need for an Initiative such as NoColor No Labels in 2016?  How is it that people can claim to be Christians or followers of God and still be so ignorant to think that a person’s skin color, race, culture, sexual orientation or identification, social economic statues, or education matters in the way you treat a person.

The current attempts by the Marshall PoliceDepartment to remove the misconception that the police are racially motivated are helping bridge the gap between the police and the community.  The NCNL Initiative is making a major difference in the way that the community feels about the police.  The story that you are about to read is a major reason as to why the NCNL Initiative is still needed today.  This is an issue that is not just isolated to Marshall, but is occurring all around the nation.  Marshall has really made some major advancements and is on the right track to make a difference.   I would like to point out that Marshall, Texas as it stands now has had some major achievements.  The leadership at the City of Marshall is so divers at this time that one would think that there is no need for the NoColors No Label initiative anymore.  I hope you enjoy this story from the history of the Marshall News Messenger.

Asking Questions So a Community Thinks About Race

The Marshall News Messenger played a central role in creating a new dialogue.

The cover of the Pew Center’s report, “Delving into the Divide: A Study of Race Reporting in Forty-Five U.S. Newsrooms,” shows an ever-widening, craggy gorge. One imagines treacherous and slippery pathways, almost impossible to navigate, coming out of it. Equally difficult to imagine is one bridge being built to connect the two sides: It would seem puny and insufficient. But could two or three bridges possibly provide the space needed for people to pass freely from one side to another? It isn’t likely.
But there is another way: If this gorge is transformed into a plain, the walking gets easier for everyone. And filling up this gorge doesn’t require the intense engineering of bridge-building or negotiation. It just requires shoveling. Lots of shoveling. Count me among those journalists who tries to shovel as much as he can.
Exploring Racism in Marshall, Texas
When I arrived in the East Texas town of Marshall (population 25,000) in 1998 to become editor of The Marshall News Messenger (circulation 8,000), no issue was as clear to me as the deplorable state of race relations in this community. Marshall’s problems with racism are infamous. They were first made so by James Farmer, one of the co-founders of the Congress for Racial Equality, who lived here and went to school at Wiley College, a local historically black college. Then, in the early 1980’s, Bill Moyers explored our town’s racial troubles in “Marshall, Texas/Marshall, Texas,” a frank, tough look at racism. The piece was part of Moyers’s “Walk Through the 20th Century” series, which won an Emmy.
“Marshall, Texas/Marshall, Texas” depicts two Marshall's, one white and happy, the other black and angry. Moyers’s work was important and highly courageous, and it is worth noting that he remains a beloved figure here in the black and white communities. Presenting the truth did not make him an outcast. But showing the truth also did not inspire most of our residents to do much about those problems, either. After Moyers won the Emmy, a black woman, well known in Marshall, was denied access into a local tour of homes. This occurred in the 1990’s, not some distant time ago. The local country club still has no black members. While the by-laws don’t prohibit it, the rule is chiseled in stone.
These facts rightfully shame many in Marshall, and some have even stepped forward to do something. But the racial problems remain worse here than in any community in which I have lived. We came to Marshall from another small East Texas city only 100 miles to the south, but when we settled here, we felt the change in racial climate immediately. We’d only been here three months when my 13-year-old daughter asked, “Dad, why is there so much racism here?” Good question. I only wished I could have answered it.
I couldn’t, but as editor of the newspaper, I believed it was a question that needed to be asked and answers sought. And there were other questions that for too long had gone unasked, such as “What can we do about it?” These questions and others formed the basis for a series our newspaper undertook called, “12 Questions on Race.”
Asking Questions About Race

Before this series was published, I spent a lot of time thinking about how I could best communicate with readers. I was a native Texan, but I was also new to their community. They weren’t going to accept me pontificating on matters of race. If anyone would speak on this topic, it would have to be someone readers knew and trusted. East Texas is in the Bible Belt, which might be a term of derision outside the belt, but a source of pride inside it. So I thought we’d come up with 12 questions about race and pose them to 12 ministers, six white and six black, covering as many Christian denominations as possible. I would not interview the ministers, but we’d print whatever they wrote on the topic of the week.
I spent a great deal of time working on the questions that were, for the most part, not about religion at all. Many people in East Texas seek regular guidance from their ministers on a range of secular topics, so this was just an extension of that practice. Getting white ministers to be involved was easy. I had only one turn me down. It was an entirely different story with African Americans, and this puzzled me until one of them suggested that being a part of the series would be like painting a large target on his back for everyone—police, bankers, insurance agents, employers—to see. White ministers at least did not think they had anything to worry about. A few may have been surprised.
Six black ministers agreed to participate, but on the day before the series was to begin—a Saturday—I still had not gotten a response from any of them. Finally, I went to a minister’s home and knocked on his door until someone answered. I told him I needed his answer to the question—“Using a scale of 1-100, how would you rate Marshall’s racial climate?”—right then. He took my notebook and, sitting in his pajamas at his kitchen table, scribbled out 60 or 70 words that I could use. He never missed another deadline.
Many of the ministers, white and black, gave Marshall failing grades for its racial climate. Ed Robb, Sr., a white, conservative Methodist evangelist who once took Billy Graham to task on the “NBC Nightly News” for being too liberal, gave the most enlightening answers throughout the 12 months that the series was published in 1999. And, once the series was done, it was Robb who reached out to African Americans to form a Racial Reconciliation Committee to try to improve the racial climate. Before Robb’s health began to fail and the loss of another key member, this committee played an extremely important role in helping the community to resolve a racial dispute.
I am heartened by the impact our newspaper’s coverage had in the formation of this committee. It’s the exact effect you want as a journalist—to inspire others to take action. Of course, many journalists disagree with civic journalism—with the role journalists play in trying to influence the civic life of their communities—but I would be embarrassed to have not had the Messenger reach out in this way. If I felt such a distancing from the concerns of a community was required of reporters and editors, I would rather drive a truck.
After the 12 Questions Were Asked
The day after the first installment, a wealthy local businessman called to say he’d pulled a small amount of advertising from the newspaper, something that didn’t concern me. What did concern me were his barely veiled threats against Robb and the other white ministers who were taking part. When I called Robb to warn him, he brushed it off. “That doesn’t bother me,” he said. He was true to his word.
Complaints lessened after the first two or three installments, but they did not stop. Some charged that the newspaper was guilty of “stirring things up.” And few transgressions in Marshall—and throughout the South—are quite as serious as that.
This newspaper and its staff did not stop its coverage of racial issues with “12 Questions on Race.” It published a complicated investigative piece showing the huge disparity in the high number of blacks and fewer number of whites who are arrested and jailed for certain minor offenses. Regularly, for the past two years, a local African-American columnist has commented on matters of local interest.
Though I’d only been in Marshall a short while when we did our series, I wasn’t new to Cox Newspapers. In one story about our “12 Questions” series, I was singled out for going ahead with this controversial project even though I was new on the job. The fact is that I’d known everyone to whom I report at Cox Newspapers for many years. I know their hearts on such racial issues, so I never worried for a moment about their support. Indeed, Cox Newspapers supported us fully as we faced a variety of threats to our advertising and readership along the way.
It pains me that the Racial Reconciliation Committee is gone, but the fact that it existed at all—and had at least one resounding success—tells me we can encourage the community to rejuvenate it and make it better. We simply have to get our backs behind our shovels and get to work.


Phil Latham is editor of The Marshall News Messenger in Marshall, Texas.
at 9:19 PM