Open Systems with in the Police 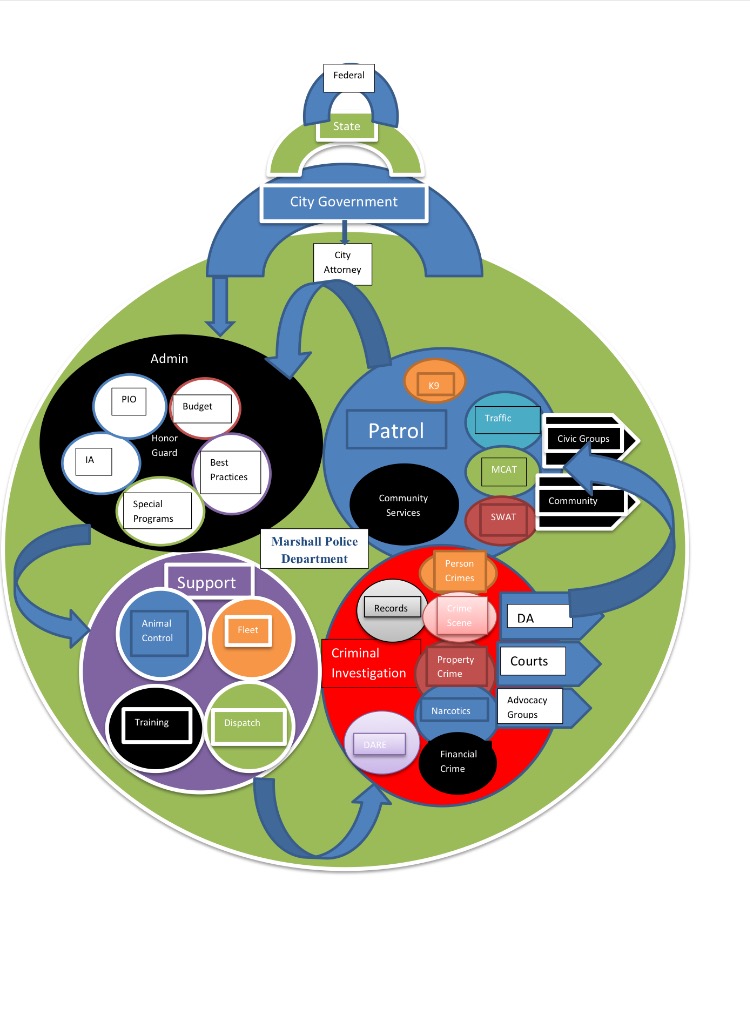 MARSHALL (KYTX) – Two Marshall Police officers are being recognized as MVP’s after rescuing a trapped motorist in a ravine.
On December 27th, 2015 at approximately 7:18pm, Officers Cory Adkinson and Jose Burciaga were dispatched to the area of W.Pinecrest and Loop 390 in reference to a vehicle in the ditch.
Upon arrival, they found a vehicle that had left the roadway and rolled over into a ravine leaving the driver trapped inside.
Due to the severe weather, the ravine was flooded with fast moving water, which was quickly rising.  With disregard for their own personal safety, both Officers jumped into the ravine in an attempt to save the driver.  The driver was trapped and disoriented.
The water level inside the vehicle was rising quickly and Officers were able to free the driver, who was upside down, before she was completely submerged. Officers were then assisted by the Marshall Fire Department in removing the driver from the wreckage.
Chief Jesus “Eddie” Campa would like to acknowledge the quick thinking and brave actions that both Officer Adkinson and Burciaga exhibited, which prevented further injury and possibly loss of life.
“Officers Adkinson and Burciaga displayed a great amount of courage in this situation and serve as an inspiration to all here at the Police Department. These Officers are prime examples of what it means to be a Police Officer, by exhibiting bravery and courage when faced with an extremely stressful situation.
It is with great honor that I name Officer Cory Adkinson and Officer Joes Burciaga as this week’s MVP’s”.
Officer Adkinson, and Officer Burciaga who are currently assigned to the Patrol Bureau and are both highly motivated and knowledgeable Officers and excel in each task that is put before them no matter how difficult it may seem.
at 8:34 AM No comments: 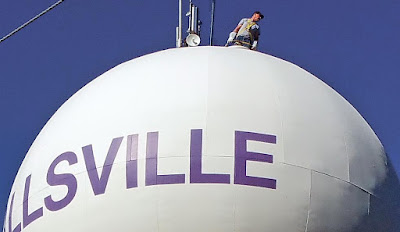 HALLSVILLE — As storms blew through East Texas late Sunday, Hallsville residents were questioning why the city’s newly installed tornado siren failed to activate in time to adequately warn its residents of incoming potentially dangerous weather.
The problem, officials said, is that the control panel used to activate the siren is inside Hallsville City Hall, and the fire department did not have access to the building to activate it Sunday
Mayor Steve Eitelman and Fire Chief Craig Barton said Monday that a meeting will be held later this week to determine a game plan for setting off the tornado siren in the event of future severe weather.
“We just got the thing up. Granted, we probably should have sat down and figured this out before now, but we will meet this week and figure out a game plan,” Eitelman said.
Hallsville began discussing buying emergency sirens in April, about two weeks after a tornado blew through Longview and into Harrison County.
The 3,700-resident city has had no such sirens since 2011 when the old one was removed — a fact questioned by residents after tornados wreaked havoc across the region in the spring.
The effort was spurred by a community petition that gathered about 50 signatures.
The city went without a siren until residents petitioned the council in April to purchase a siren. A tornado had blown through Longview, Harrison County and Hallsville about two weeks before, in March. New sirens typically cost between $5,000 and $21,000.
The new siren cost the city of Hallsville $8,000 and officials had it mounted Nov. 20 atop the city's 80-foot water tower. It is the city's only siren.
The Hallsville Fire Department posted an update on its Facebook page just after 6:15 p.m. Sunday saying the city was officially under a tornado warning and had no way of setting off the siren.
Minutes later, the department responded to criticism from residents who questioned why the siren was not being activated.
“We do not have access to the control panel, it’s located inside city hall,” the fire department’s post read.
Just before the tornado warning ended at 6:45 p.m., the department told Facebook followers that firefighters had touched base with Eitelman who was on his way to physically turn on the siren.
Hallsville also received a tornado warning about 4:30 p.m. Sunday for which the siren was not activated.
"The switch for the siren is on the water tower itself," Eitelman said. "We did activate the siren about 20 minutes after the initial warning."
Although Eitelman contends the siren eventually was activated during Harrison County’s second tornado warning of the evening, residents on social media Sunday said the delay was not acceptable.
"Your town has failed your local community for not providing adequate warning," Ben Allen wrote. "Someone should always have access, especially since you knew bad weather was coming. Someone should have been contacted. Seriously, people might die just because you don't have a good plan in place to warn them."
Barton said the meeting this week with police, fire and city officials will hopefully decide a reliable plan for activating the siren in a timely manner in the future.
"The siren has been a city project," Barton said. "The city purchased the siren and installed it. We are still really in the planning process and trying to figure out protocol on the best way to sound it off in case of an incident. We just kind of got caught with our pants down on this one, I guess you could say."
Barton said the city's downtown Fire Station No. 1 is manned 24 hours a day, seven days a week, and it could be that the fire department is given the responsibility of sounding off the siren.
"We have emergency radios with battery backup and each of our stations have backup generators so we will not lose power at our locations," Barton said. "The game plan may be that we have multiple locations for the siren's switch and multiple people or agencies responsible for sounding it off."
That's the protocol in nearby Marshall where the city's seven tornado sirens fired off during both tornado warnings Sunday evening to warn residents.
"We have three ways of activating the sirens," Marshall Fire Chief Reggie Cooper said. "The first and most reliable is that the city's dispatch remotely activates the sirens as soon as a tornado warning for Harrison County has been confirmed. The second way is by the police chief (Chief Jesus "Eddie" Campa), myself or (City of Marshall DeputyEmergency Management Coordinator) Randy Pritchard setting the sirens off through any of our cell phones. The third way is by manually going to the alarm and setting it off."
Cooper said this three-option approach to activating the tornado sirens provides a failsafe, ensuring the best notification for its residents to take shelter.
Hallsville on Sunday evening also had several flash flood warnings, with firefighters having to carry out a water rescue for a Hallsville family of five.
"Most of the flooding in Hallsville has receded," Barton said Monday. "We did have a water rescue on Appaloosa Lane at about 8:45 p.m. Sunday. We had a family of five, a mother, father, baby and two small children who were pinned in by deep water in their driveway. It was too deep to get to their house and too deep to go back."


Barton said firefighters rescued the family with no injuries.
at 5:38 PM No comments: 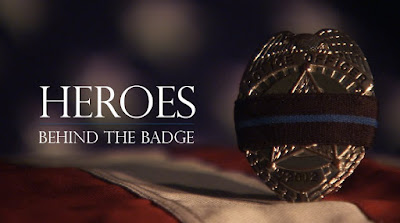 The Marshall Police Department is lauding the quick action of two officers during a water rescue following Sunday's storms.
Officers Cory Adkinson and Jose Burciaga were dispatched about 7:18 p.m. Sunday to the Pinecrest and Loop 390 area in response to a report of a vehicle in a ditch.
When they arrived, they found a vehicle that had rolled over into a ravine leaving the driver trapped inside. Due to heavy rains, the ravine was flooded with water. Both officers jumped into the ravine in an attempt to save the driver who was trapped and disoriented. The police department says the water level inside the vehicle was rising quickly.
Eventually, officers were able to free the driver, who was upside down, before the vehicle was submerged. They were assisted by the Marshall Fire Department in removing the driver from the wreckage.
Chief Jesus “Eddie” Campa acknowledged the actions of the officers.
“Officers Adkinson and Burciaga displayed a great amount of courage in this situation and serve as an inspiration to all here at the police department," Campa said. "These officers are prime examples of what it means to be a police officer, by exhibiting bravery and courage when faced with an extremely stressful situation. It is with great honor that I name Officer Cory Adkinson and Officer Joes Burciaga as this week’s MVPs”.
at 4:31 PM No comments: