How time flies when you’re having fun!.. By Jesus Eddie Campa

How time flies when you’re having fun! 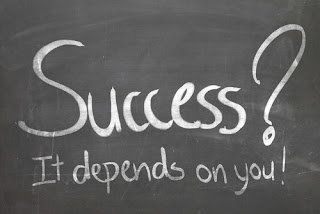 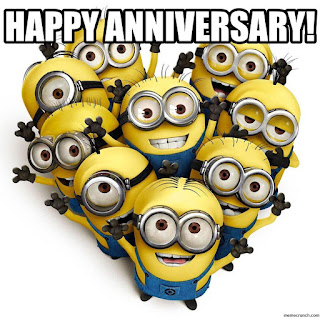 August 18, 2015, marks my one year anniversary as the Marshall Police Chief.  I cannot tell you how fast that year has gone.  I can tell you that I have noticed that I have a lot more gray hair than I did a year ago.  It has been a great ride as we have made many changes and implemented several ideas and concepts not tried in Marshall.  Marshall is home to a medium size police department in a community that is diverse in nature with a population of African Americans, white, and Hispanics.  The city is one that has had to and is still to this day dealing with racial tension.

When I told a few of my close friends that I was headed to Marshall, Texas to lead the police department as the Chief, I was shocked by some of the comments from some of them.  One of them asked me if I recalled the old Peace Picante Sauce commercial “Get a rope”.  He said, "They are going to hang you in the square."   Another one said, "dude that place is about 25 years behind time."   When I arrived, I was met by a department head that will remain nameless.  He told me "get out of town you don't know what you're getting yourself into."  I laughed and took the job.

As I look back on this past year it has been a year of growth not only for the agency but me as well.  When I arrived and took over the department, I found that the department had great officers, ready to be guided and given the opportunity to do what they have been trained to do. I always said that back in El Paso we were behind by about five years or so, so I was shocked to see just how behind the curve the MPD was.  It almost felt like the twilight zone, something like turning the clock 20 years backward.  The amount of micromanagement that took place was unbelievable.  The citizens and the community had little to no respect for the department; heck the officers had little respect for the department.  On my first day, I was advised by the City Manager that a work stoppage a sort, blue flu if you will, was taking place as the officers stopped writing citations.  The first thing that I did was to meet with the majority of the officer’s one on one.  I let them know that I would always stand by them as long as they had done the right thing.  I told them that I would be there for them fighting for them every step of the way as long as they did the right thing.

The next thing that I did was to address the issues that we had with the media.  It is a proven fact that the majority of us in law enforcement look at the media as the bad guys.  The truth is that just like we do they have a job to do as well.  If you can find and build a relationship with the media your job will become easier during some critical times.  We did this by hosting the first ever media appreciation luncheon with members of our local, regional, and national media outlets.  The members of the media came out and told me what they would like to see change.  After talking to them for an hour, I could understand why they didn't care much for the Marshall PoliceDepartment.

The next thing we did was to meet with the different ethnic groups that make up Marshall.   Let me tell you that we sure got an ear full from each group.  The biggest thing I noticed was that it didn't matter how different they were from each other they all had the same issues.  The fact that Marshall has a deep rooted history of racial tension among the African Americans and the whites made the job just that much tougher.  We are facing some real high racial issues with all the things going on in Fergusson, Baltimore, and around the country made my job even tougher.
The answers to addressing the issues were not easy.  Some of the issues just needed some common sense approaches.  I could go on and on about the issues I have faced this year, but some of you might get tired and stop reading.  So let me just tell you, what we did to correct the issues that we faced.

*Repaired and bridged the gap of racial division between the community and the police department. We did this by conducting grassroots community policing and by introducing outside the box thinking.

*Restructured chain of command and staffing levels according to needs, not wants

*Implemented an Internal Affairs Office – The handling of citizen complaints and officer complaints as well was a major issue.  The MPD had never had a structured way of dealing with complaints that didn’t involve the good old boy system. I also introduced a disciplinary matrix along with the creation of the office.

*New graphics on all police patrol cars- We did this to give the Marshall Police Department a new identity.  The old logo and graphics made the police car seem like a taxi.

*Implemented MCAT (Marshall Criminal Apprehension Team)-  This is a street crime unit developed to address issues that are taking place in hot zones throughout the city.

*Purchased body cameras for all officers- One of the first East Texas cities to deploy body cameras purchased through cost savings in our annual budget.

*Held the first “Coffee with the Chief” community meeting to engage the community and get firsthand information about the view the community has of the police department.

*Reintroduced staff morale building programs such as MVP of the week, Officer, and
Civilian of the Quarter

*Rewriting Police Departments Policy and Procedures to bring them up to date and follow the Texas Police Chief's Best Practices.

*Mandatory SWAT training 8 hrs. a month when it was none existing.

*Recovered over $97,000.00 in an unpaid warrant by conducting a warrants sweep never done before in Marshall.

*Improvements to front driveway of the Headquarters of the MPD as people could not locate the driveway.

* Updated website and launched the use of social media

*Introduced the use of stationary checkpoints

*Made improvements to Animal Control building

*Corrected the parking situation at the MPD

*Establish Leadership course with ETBU for new supervisors and or executive leaders with in   the East Texas Law Enforcement Community.

*Complete the build-out of the interview rooms

*We introduced the No Colors, No Labels Initiative to brining racism to an end and eliminating the friction between the citizens and the police.  NCNL will attempt to stop hate, promote diversity, eliminate prejudices and advocate for safe, inclusive communities for all regardless of race, gender, social economic statues, or sexual orientation.

We accomplished this within my first year serving the great community of Marshall as their first Hispanic Police Chief.  There is still a lot of work to get done in turning our department into the department that is the epitome of East Texas Police Departments. We will keep moving forward with cutting edge technologies and continue to build upon innovative strategies to provide the citizens of Marshall with the quality of life they deserve.

I would like to take this time to say thank you to the many members of the police department, elected officials, and members of the community that have helped me make a difference in Marshall, Texas.  It is a very exciting time to live and work in Marshall as true change in many forms has finally arrived.  We will keep Riding the Wave in Marshall.
at 7:44 AM